The research project "Danish Mosques: Meaning, Use and Influence" will be held in collaboration with the "Nordic Mosque Research Network" invites students and researchers for our workshop on mosques, power and politics.

NB: Abstracts will be circulated well before the workshop and will be available online.

Lene Kühle, University of Aarhus: Struggling for the right kind of Mosque: Internal conflicts associated with building of mosques in Denmark

Brian Arly Jacobsen, University of Copenhagen:
The mosque that never was

Organized Religion in a Post-Westphalian World: Mosques, Churches, Temples, and Others

Mohammad Ahsan Qureshi, University of Tampere:
Okay, but would it complement the Helsinki Skyline? – A debate on the ‘Character’ of the proposed Grand Helsinki Mosque

Mosque Typology and Imam Training in a British Context

How little adaptation are mosques able to get away with?

The Mosque and the Ghetto and Spaces of Exclusion

The workshop will be held at the University of Copenhagen in auditorium 27.0.09d.

The presentations of the workshop will be open to graduate students and others associated with universities and research institutions. Lunch and evening programs are exclusively for the conference guests.

NB: We have reached the limit of guests and participants. Registration is closed. 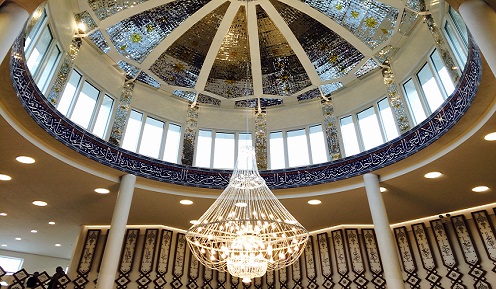 Theme for the workshop

For this workshop we address the changing politics of mosque building, the different kinds of conflict surrounding the building of a mosque and the symbolic appropriation of territory by the mosque. The building of a mosque can be seen as a social transformative interaction and accounts for the many stakeholders involved in the construction of mosques (e.g., Muslim organizations, international donors, local politicians, anti-Islam groups and other critics). As such, the mosques and the politics of construction can be seen as microcosms of the discourse on Muslims in a country.

Concerns with security, extremism and visibility of Muslim institutions in the Nordic and Western European countries are causing “existential” difficulties for mosques. The state criticizes mosques and change the politics of religion with reference to incidents in mosques as in Denmark in 2016-18.  This seminar will examine the power strategies used by national and local politicians, examining national legislation and municipal planning on mosques, and will investigate a number of concrete cases of contested mosque building. The operable questions are what are the political power dynamics at play in mosque building? Do the mosques challenge the existing models of state-religion-relations? How may mosques present and organize themselves to defuse these tensions of power?

We are aiming to conduct this workshop from the afternoon on Wednesday 22 January and finish with lunch on Friday 24 January, 2020. All accepted participants will have flights, trains and other public transportation and hotel costs covered. We are organising a programme with keynotes, paper sessions with 20 minutes presentation and 10 minutes Q&A, as well as an afternoon open to the public and local stakeholders.

This is the first in a series of three workshops on Nordic Mosques in Context – On the institutional embeddedness of Islam in the Nordic countries sponsored by a NOS-HS Workshop Grant. The second is on ”Mosques, power and politics,” in Copenhagen, Denmark, in January 2020, and the third is on ”Mosques, communities and finance,” in Oslo, Norway, August 2020. The purpose of the workshops is to investigate the dimensions of institutional embeddedness of Islam in the Nordic countries as mosques seek to be responsive institutions for the needs of Muslims, challenged by economic, legal and political alternatives. We are considering mosques as the focal point of Islam in economic, legal and political terms, the primary objective of this research project is to study the institutional strategies of mosques and Muslims in embedding Islam in the Nordic wider societies. The key here is to see to what extend mosques are responsive institutions for the needs of Muslim in soliciting the wider public, or if Muslims go beyond the mosque in the pursuit of other more apt forms of institutionalised religious life such as invoking Islamic economic, legal and political responses. We argue that the entire future of mosques depends on whether they can give and refine responsive and meaningful answers and make them coherent with the economic, legal and politics questions that Muslims seek the answers to. As such, this may result in the secularisation of mosques as they negotiate and find their place in society. Will these new or re-interpreted institutional expressions clash with the general public, will they fail Muslims or will they be viable alternatives for embedding Islam in the Nordic countries?